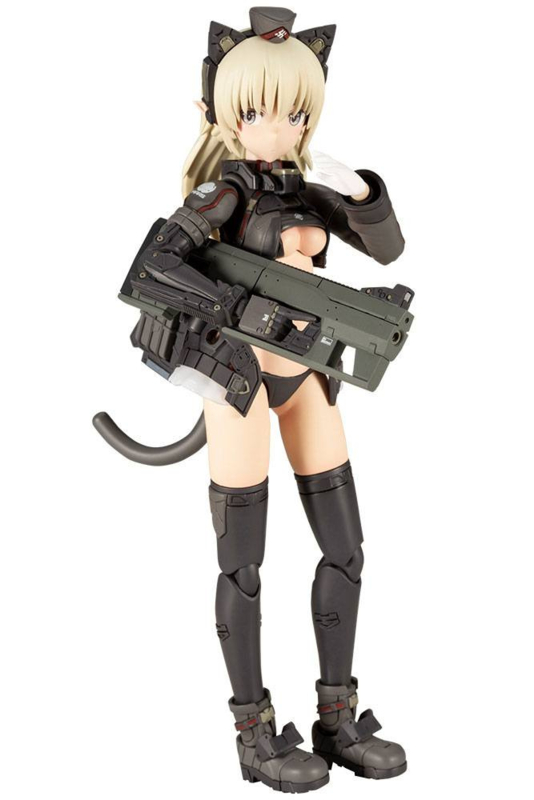 The model has been painstakingly developed with the sculpting and articulation that the Frame Arms Girl series is known for.

Model Specifications:
·The kit includes three face parts from the book: default looking right, smiling looking forward, and laughing looking forward.
·The face parts are pre-printed, allowing users to build a model that closely resembles the character illustration.
·This model can be assembled with or without the included hat.
·The kit includes a mechanical right arm and clothed left arm, and their respective hand parts. Both left and right arms are included for each version, allowing the model to have both mechanical or both clothed arms.
·The length of the gunstock can be changed by exchanging parts.
·Features a working scabbard that allows the sword to be sheathed or unsheathed.
·The side armor is freely movable so as not to hinder the range of motion of the model's legs.
·Parts such as the arms, legs, head, and face are partially compatible with the Frame Arms Girl series.
·The kit includes decals for the eyes and other markings.
·The 3mm connection points in the back, waist, and calves allow for the use of parts from the existing M.S.G series and Frame Arms series."